In this article we will look at four important trends in motion control technology for applications involving medical and laboratory equipment. These applications include automated devices used during surgery, for patient treatment, for patient imaging, and the wide variety of machines that operate in the laboratory such as blood analyzers, DNA sequencers, chemical and biological assayers, and more.

Underlying all four trends are rapid and radical changes in the cost of computing power and amplifier electronics, so much so that the era of motion control technology we have now arrived at could be called the post miniaturization, post specification era.

By this we mean that the electronics have gotten so small and are capable of driving such high currents that the motion control electronics now seldom limit the controller package size. Rather, the size is more often limited by connectors and the practical limitations of servicing controllers once they are installed in the machine.

By post specification era we mean that motion controllers and motor amplifiers now routinely provide servo loops rates, PWM (Pulse Width Modulation) frequencies, and current control frequencies so high that due to physical limits of motors, improving these specs further would result in a diminishing, if not vanishing, improvement in performance.

So what comes next in a world where the motion control electronics are as small, and the controllers as fast as they can meaningfully become? That is what we will explore in this article, focusing on four motion control technologies that take us beyond raw performance and deliver real and meaningful new capabilities that designers of medical and laboratory machinery can utilize in their next-generation designs.

The old standby quadrature encoder has been joined by a host of new position sensing technologies and data transmission formats, providing medical machine manufactures with new package and controller options

For positioning motion control applications, one feedback device, the incremental optical encoder with quadrature output, has been king of the hill for a long time. With low cost and 'good-enough' resolution, this encoder dominates today's motion control marketplace by unit volume. But in the last ten years, there has been an explosion of new encoder sensing technologies along with, equally importantly, new methods to send that position data to the motion controller.

The basics of sensing position begin with the motors and mechanisms that will be measured. Broadly speaking, position sensors come in rotary or linear configurations, reflecting the two major types of motor actuators, rotary and linear.

Figure 1 diagrams basic rotary optical encoder that outputs position information in quadrature format using two wires, called A, and B, and also providing a once-per-rotation Index pulse, called I or Index. An Index pulse provides a brief output signal once every rotation of the motor. This signal can be used during homing, or for automatic count loss correction.

In most quadrature encoders, the A, B, and Index signals are differentially driven to reduce the chance of losing counts through extraneous electrical noise. But this is far from foolproof, particularly in harsh environments with industrial equipment.

Absolutely I Use Absolute Encoders

In addition to potential count loss during movement, the other implication of an incremental system is that the encoder does not know where it is upon wake-up. For many systems, this is easily corrected with a homing sequence executed during startup, but for other applications, it's necessary to know where you are at all times.

This brings us to the second major category of position encoders, absolute position encoders, of which optical absolute position sensors are the most common. As the name implies, these encoders know where they are at all times. For rotary motors, they come in single turn or multi-turn versions, and the output digital word is in binary format, or an alternate format especially adapted for encoders called Gray Coding.

Historically, absolute encoders had thick wire bundles to carry 14, 16, 18 or more bits of position information. Increasingly though, absolute encoders use serial formats such as BiSS or SSI (Synchronous Serial Interface) to reduce the load of wires required to communicate position to the motion controller. We will discuss various types of serial data formats for encoders a bit further on in the article.

I Want To Stick To Being Different

Beyond the optical incremental and absolute encoders, there is an ever-expanding array of innovative techniques to provide higher resolution position at a lower cost. In addition to optical sensing techniques, magnetic sensing is increasingly popular, and some encoders utilize capacitive sensing.

Magnetic Encoders use a galvanomagnetic or magneto resistor sensing element and typically output in quadrature format. Earlier models of this technology tended to have resolutions similar to low-end optical quadrature encoders, but this has been changing rapidly as the technology matures, and higher resolution units are now readily available.

The big advantage of magnetic encoders is that the sensor and the encoding disk/surface are contactless, and can therefore be completely sealed, leading to a tolerance to dirt and other interference. Another big advantage is that alignment of the encoding surface and the sensing element is relatively non-critical. This opens up the possibility of integrating the sensing element directly onto the motion controller PCB (Printed Circuit Board), which in turn allows for new and very compact packaging options. This is shown in Figure 2 above.

Another fast-rising encoder technology is the so-called Sin/Cos Encoder, output waveforms for which are shown in Figure 3. Essentially an encoding variation on the standard A, B quadrature encoding scheme, Sin/Cos encoders output sinusoidally varying A and B signals rather than binary A and B outputs. These sinusoidal outputs are then electronically extrapolated for more position information. Depending on the quality of the signals, resolution extension of 16 x all the way up to 1,000 x is now achievable. 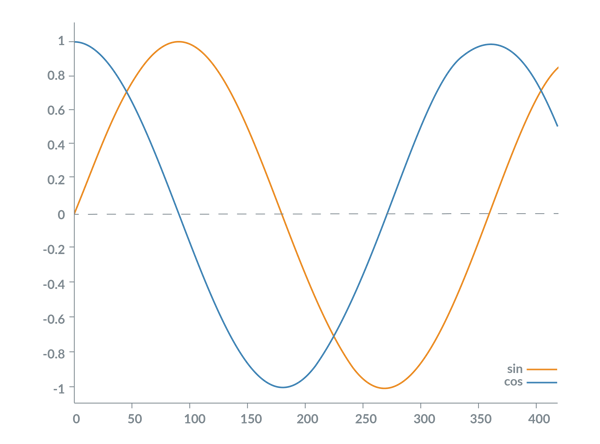 The reason Sin/Cos encoders have become so popular, especially for high-resolution linear applications such as XYZ stages, is that they enable resolutions of 1 nanometer or better, and yet are low in cost. Because they require a minimum of extra electronics in the sensor, and because they present a simple controller-friendly interface consisting of four differentially encoded analog signals (sin+, sin-, cos+, and cos-), they are cost-effective to implement both in the sensor and the controller.

One If By Land, Two if By Digital Serial Interface

As motion control for medical applications has become more size and weight-sensitive, high-speed serial and network-based encoder data formats have gained popularity. For high-end absolute encoders, which have evolved from providing 16 bits, to 20, to 24 bits and beyond, serial networks are a defacto standard because the parallel wire approach for parallel encoders is simply too unwieldy.

The most common standard for a digital serial encoder data networks is SSI (Synchronous Serial Interface) and its big brother BiSS (Bidirectional Serial Synchronous Interface). At the core these interfaces use an SPI (Serial Peripheral Interface) connection with two data signals and a clock signal to transmit position data from the encoder to the host controller.

A newer serial network, conceptually similar to SSI but adding some twists such as higher data rates and direct support for Sin/Cos encoders, is the Endat serial interface. Although gaining in popularity, whether or not it will become a widely adopted open standard remains to be seen.

Finally, there is also a large category of encoder formats that reside within various popular machine control networks, such as Profibus, CANOpen, Modbus, Devicenet, and others. If the motion controller is already using one of these networks, then these interfaces are a logical choice for the encoder connection as well. However, as an encoder only interface, probably not.

For medical device designers the new choices in rotary and linear encoder sensing technology and signal transmission formats have allowed products to become more compact, reliable, rugged, and less expensive. At the present time encoder technology innovation is one of the most active areas of motion control development and this trend seems likely to continue into the future. 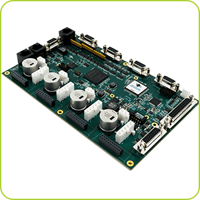